settings
A monthly group coaching membership where aspiring and early-stage entrepreneurs go to:
settings
Join our Community
settings
Inside
The Lucrative Society...

settings
What's holding you back?
settings

B)  You're stuck  (fear, impostor syndrome, scarcity, putting yourself out there, etc.)

C)  All of the above

When I started my coaching business in 2007, it was all of the above.

It took a while, but eventually I figured out what to do and how to overcome those fears.

These days, I'm committed to helping you do the same.

settings
So how do we solve this?
settings

A few years into my business, I was evicted from my apartment, the house I owned was foreclosed, and I filed for bankruptcy.

Not exactly the adventure I had dreamed about when starting my business...

The game of business and money is a deeply personal issue and is a passion for me to help others avoid a similar fate.

The Lucrative Society is what I wish I would have had when I was getting started. We talk A LOT about mindset and marketing, the two things that will make or break any business.

One thing I learned the hard way:  Being broke doesn't help anyone.

Here's what I used to say all the time:

"It's not about the money."

I wanted to help people and I was super involved with charitable work to make the world a better place.

I had some mixed up views on money, marketing, and sales.

I actually thought it was more noble to be poor.

It took a lot of work (both internal and external) to finally figure this out.

Since I've learned to generate wealth, I can give more to my favorite causes, create memorable experiences for my clients, and invest in my own education and self care.

I want this for you too.

I work with entrepreneurs on purpose.

This means you generate income (or want to generate income) through the expression of your unique talents and skills dedicated to solving a need in the world that matters deeply to you.

In my case, I do this through coaching, writing, and speaking.

I went through so much hardship getting my business off the ground that I want to help others have an easier path.

settings
I've become known as an expert on following your heart and I've shared this message on these stages...

Divider Text
settings
This is You...
settings
settings
Join our Community
settings
My Friend,
settings
If you're not making at least 6-figures in your business (or if you haven't even started), you're likely experiencing something that:
What is it?
STRESS!
Yes, stress is a part of life...
But when you are unable to meet your basic needs in life and business, it's exponentially harder to upgrade your circumstances and achieve the freedom you want.
If you're still thinking the struggle is honorable (like I did), then keep doing what you're doing.
But, I promise you...
It doesn't need to be so hard.
If you want the ability to delegate to a team, you need cash to hire them.
If you want the best technology to serve your clients, you need the income to afford it.
If you want to continue to learn (like me), you need the capital to invest in your own growth and education.
And that's just the business stuff...
$100K is the MINIMUM you should be shooting for.  (Join our tribe and you just may find yourself thinking bigger!)
Listen...  I wasted a lot of time "getting started" in business.   Let me show you the way toward income and impact!
settings
Join our Community
settings
The Lucrative Society Includes...
settings
Coaching • Community • Resources
Monthly gatherings, coaching, & events with direct access to Mindie.
account_circle
A tribe to celebrate your wins, hold you accountable, and help you get back up.
check_circle
We talk books, technology, and tactics with lots of "how to."

The Lucrative Society is the signature program of Lucra®.

Our motto is "where wealth = wellbeing."

settings
Join our Community
settings
How It Works
settings

settings
What Happens Once You're a Member...
settings

You'll maintain your "sale price" for as long as you remain a member.

All of us are in business to create a better life for ourselves and our families, and to make the world a better place.

When we're each uniquely expressing, there is no competition. Only creation.

We have members from across the United States, Canada, and Europe.

Lucra is a woman-owned business founded by Mindie Kniss.

As a company, we value equality.

The Lucrative Society is currently 56% women and 44% men.

Since 2007, Mindie has been a coach, speaker, and writer, dedicated to helping people wake up to their potential, get clear on their purpose, and make a positive impact in the world.

Mindie Kniss, MFA, PhD, is an award-winning humanitarian, international speaker, and professional coach who left a cushy Fortune100 career for the adventure of entrepreneurship. The adventure almost ended when she hit rock bottom financially. Fast forward to today, Mindie is CEO & Founder of Lucra®, a coaching firm devoted to helping entrepreneurs create wealth in all areas of life.

Based on her work with women and children in developing countries, Mindie was the recipient of the prestigious Global Health Fellowship in 2006. She has lived in East Africa and worked on HIV/AIDS prevention initiatives.

She is the host of The Lucrative Society, a podcast exploring the intersection of wealth and happiness. Her teaching on the science of Heart Intelligence has been heard on stages around the world. Mindie is the author of the bestselling book, The Heart of Consciousness.

settings
Word on the Street...

"It's very hard for an entrepreneur to ask for help. Mindie is really smart and intuitive, she has given me simple ideas that I know will turn into money."

"I worked with Mindie as my personal coach and workshop leader. I am still hearing echoes of her guidance to this day... Mindie is clear, inspiring, and a bright woman to work with."

"The coolest part of working with Mindie was how quickly she grasped the magnitude of my desire to accomplish my heart's dream." 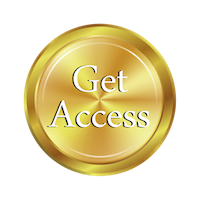 settings
FAQ
settings
settings
Topics covered in TLS are assuming you are already a business owner. The focus here is growth. That being said, if you are on the path to becoming an entrepreneur, we welcome you to join and ramp up!
settings
settings
This community is specifically for those getting started or needing traction to get to 6-figures. If you're already there, you may be interested in one of our higher level programs.
settings
settings

We offer various virtual events and programs -- how much you participate is up to you.

settings
settings
No worries!  Monthly gatherings are recorded and placed in the members' area for you to review.
settings
settings
As a TLS member, you can purchase 1:1 sessions with a resident coach who has been trained by Mindie.
settings
settings
If you join and find that you don't love it, simply request a refund in writing within 30 days. We'll happily reimburse you 100%. Please note, you won't be allowed to join again for 6 months after you cancel.
settings
settings
Yes. After your initial 30 days, you have the option to upgrade to an annual plan where you'll get 2 months free. No refunds are offered on the annual plan.
settings
settings

You'll also be invited to join our Facebook group which is where most of the interaction takes place.

Please contact us at [email protected] and we'll get right back to you with an answer to your question.

Lucra is a registered trademark of Lucra LLC.